Home » How To Remove A Flow Restrictor From A Shower Head In 2021? 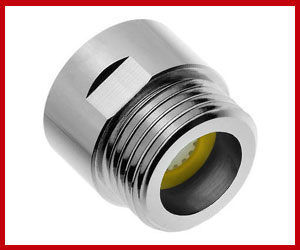 Flow restrictors and showerheads can be quite helpful, especially when it comes to minimizing the cost of energy and water bills. However, using a flow restrictor in shower head is not the most beneficial idea if you are living in an area with decreased water pressure.

But don’t worry anymore because you can always replace them or remove them, with a few easy steps.

Listed below are a few basics regarding the flow restrictor in shower head.

Let’s skim through them!

The flow restrictor in shower head serves as a water restrictor. They are specially designed to reduce the flow of water in the shower head to a minimum of 2.5 gallons each minute.

According to the National Energy Act, a flow controller or a flow restrictor is required to be installed in shower heads by shower head manufacturers.

However, the flow restrictor in shower head may not be an ideal choice if you reside in the area that is compliant with the low pressure of water. I will result in thin drizzling or reduced water flowing from your shower head.

However, on the contrary, you can resort to the removal of this flow stricter in shower head to resume your normal water pressure. However, it may add to your water bill.

How Do I Locate the Restrictor?

Before locating the restrictor, you need to remove the showerhead. You need to turn off your water faucet and turn around the water flow restrictor valve.

This will drain out all the leftover water supply in your pipe of the showerhead.

Additionally, this will also reduce the flow of water from your showerhead, and it’s the pipe as you work along with it.

Now you can quickly locate the fitting of your shower head and the connection that it makes against the supply from the wall.

You can resort to using an adjustable wrench to loosen your shower head by turning it counterclockwise.

You can then manually unscrew your shower head, once it reaches its maximum loose fitting.

Lastly, you can now have a clear picture of the inside structure, which would allow you to locate the plastic flow restrictor in your shower head quickly.

Things You Need To Remove A Flow Restrictor

To remove the flow restrictor from shower head, you may require several essential supplies. The materials may include the following for your project:

How To Remove A Flow Restrictor From The Shower Head?

To have a shower head without flow restrictor, you first need to remove the shower head and reach deep inside your location of the plastic restrictor.

Now use a flat head screwdriver and gently pull it out, or you can resort to using needle-nose pliers or tweezers for grasping. You would, however, have to remove the O-ring or the rubber gasket.

When doing so, make sure that you take all the essential precautions, as it can damage the gasket upon using the screwdriver for prying it out.

Now you can easily remove the plastic restrictor and replace it with a gasket. Make sure you do so; otherwise, it will lead to leaking.

How To Remove The Restrictor In The Handheld Shower?

The best handheld shower head is common amongst home users.

Firstly locate the water restrictor on your handheld shower head either using a manufacture guide or a manual.

It is more likely for you to find the water restrictor inside the attachment of the holder and the shower arm.

Often it might be present at the handles and which connects you to a flexible tube.

Next, use a clean towel to protect your shower head using adjustable pliers while counterclockwise rotations take place.

You can now filter the screen using needle nose pliers while prying in the washer. Using a flat-head screwdriver, you can now pull out the restrictor.

How To Help Improve Water Flow In The Handheld Shower?

Not everyone can get hold of the best high-pressure shower heads. However, if that is the case, then a few tips are going to help you and having a high flow shower head.

Make sure that you clean your shower head free from all dust and dirt. Often sediment can deposit in your water supply system.

You can do so without removing your shower head by using a sandwich bag and a rubber band.

Use this bag with the vinegar, while attaching it to the shower head, with a rubber band this will help in the breakdown of sediment particles.

Additionally, you can also replace your shower head in the water restrictor if it cannot be easily removed.

You can either buy a low-pressure shower head or find a plumber to do so. This will cost around $30-$50.

At the least, you can install a shower pump to fix your shower head’s water pressure or simply buy a pressure cylinder.

This pressure cylinder can be easily installed in your plumbing system.

You can also use an electric shower with a cold water tank accumulator. So, as a last resort, we can also install a power shower.

It does not matter if you have a delta flow restrictor or a 1.5 GPM shower head restrictor, because you can easily remove it from your shower head.

Just make sure that you use the tricks as mentioned earlier and tips wisely, and you will be good to go.

Mark Hensley is 28-year old Blogger, and has been in Spa & Shower industry from 3 years. His mission is to make shower and hot tub care easy for everyone. He’s helping others to get the best out of their bathing experiences. Read more.

BathHour.com is a participant in the Amazon Services LLC Associates Program, and we get a commission on purchases made through our links. As an Amazon Associate, I earn from qualifying purchases. 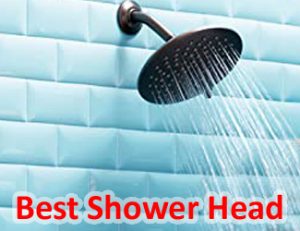 BathHour.com is a participant in the Amazon Services LLC Associates Program, and we get a commission on purchases made through our links. As an Amazon Associate, I earn from qualifying purchases. Amazon and the Amazon logo are trademarks of Amazon.com, Inc, or its affiliates.